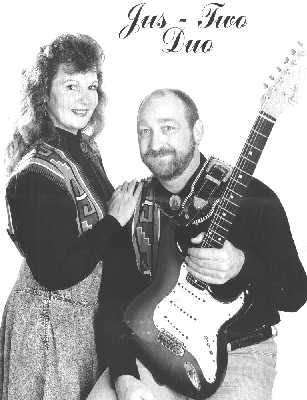 JUS-TWO combines the vocal talents of Wendi Jackson with the musical expertise of Glen Bain. Both have a wealth of experience in the music industry with Wendi being much in demand for studio work and Glen having performed with many established artists for many years. 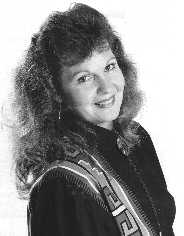 Wendi's television appearances include the popular "It's Country Today", hosted by International star Frank Ifield, and she has performed with such top entertainers as Reg Lindsay, Eddie Low and Jean Stafford. 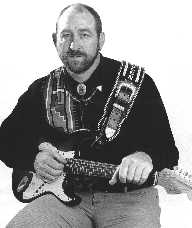 Glen's guitar playing has been recognised nationwide having performed with such top acts as Ian Turpie, Little Patti, Jay Justin and Jade Hurley and on such international shows as Charlie Pride, Nana Mouskouri and Slim Whitman. In January 1998 Glen won a TIARA award in Tamworth for his instrumental "Broken Hill Rag". He is also an accomplished vocalist in his own right and is much in demand in the production chair, recording and producing many albums.

The combination of this talent sees JUS-TWO provide an enjoyable mix of popular Country and classic Rock 'n' Roll spiced with everything from toe-tapping Bluegrass to classic Ballads.