A continuing series of monthly Country Music shows that go under the banner of 'Canterbury Country'.
On the second Thursday of each month, 8pm at Canterbury-Hurlstone Park RSL Club. Check the main page to see who the guests will be each month, and make a regular date for some good music.

Enjoy the photos below from the SECOND year of 'Canterbury Country'. 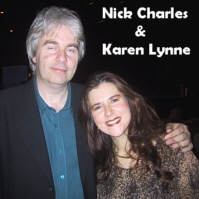 Also on the bill - virtuoso Melbourne instrumentalist NICK CHARLES. The Hillbilly Heaven band were joined by special guest fiddler WAYNE GOODWIN (pictured below) and pianist Naomi Coggan got into the acoustic spirit with some spirited cajun accordian playing.  Photos by Bob Howe (and below right, Terry Phillpot) 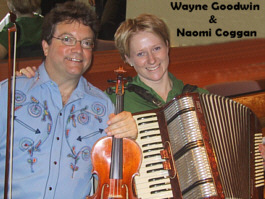 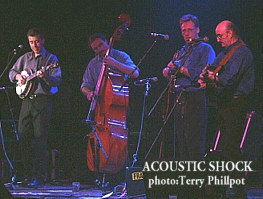 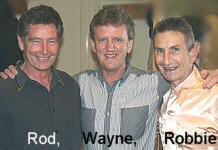 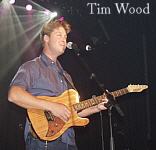 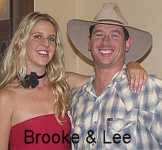 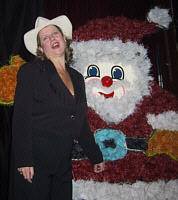 Below left: DALE JUNER, LYN BOWTELL and DUNCAN TOOMBS with their TOMKINS GUITARS.

Below right: Joining in on the Christmas songs, Bryen Willems and Wendy Costello. Listen for Bryen playing Country Music on Radio 2RRR-FM (Fridays 5-7pm and Sundays 6-8am). 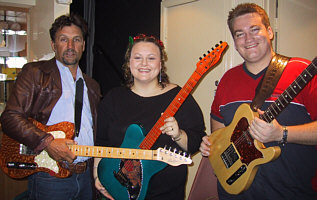 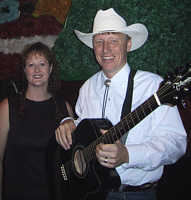 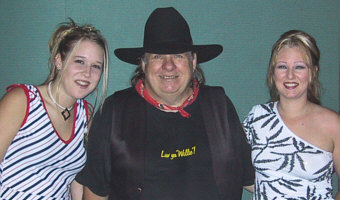 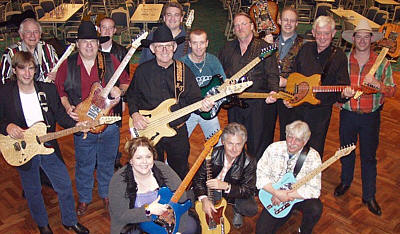 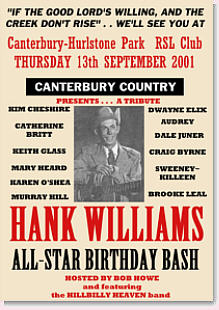 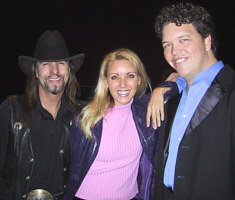 AUGUST 2001:- DARCY LEYEAR is the vocalist for a great Australian Country band who were blitzing the ARIA pop charts at the time. PRU CLEARWATER can often be seen presenting a tribute to an International Country star.

DANIEL THOMPSON is half of the popular duo 'Rustic Soul'. In AUGUST we saw DARCY, PRU and DANIEL (pictured right) performing in their own right, and deputising on bass, on loan from the Bushwackers (pictured left) Roger Corbett. SHOW #15 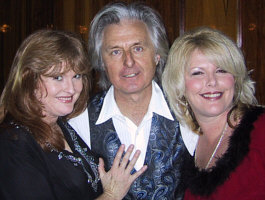 July was the time for GORGEOUS GIRLS WITH GOLDEN GUITAR! Yes, Vocal Duo of the Year THE CROSBY SISTERS hit 'Canterbury Country'. Also making a featured appearance was KEITH GLASS,

who launched his brand new album 'Australian Soul' and sang some of his Country chart hits! Click on the album cover to find out more and order your copy NOW! We were also treated to a surprise vocal visit by Peta Caswell and deputising on bass, on loan from the Slim Dusty band, Mr Rod Coe. SHOW #14 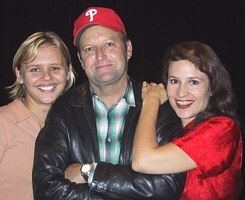 The June show starred, from left to right, rising star Camille Te Nahu, and the welcome return of Brent Parlane, performing songs from his new album 'Good Man Down' which was produced by Nash Chambers. Completing the line-up, and riding high on the International success of her album 'The Fallen', was Audrey. It was 'back by popular demand' for Audrey too, who was the star of the very first 'Canterbury Country' show! SHOW #13 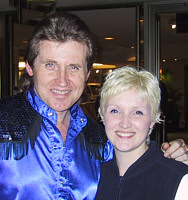 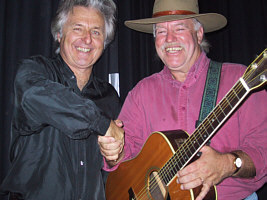 The May 2001 show was our first birthday! Starring on that night were Craig Giles and Raebekah Roycroft (above left), and Doug Rowe, pictured above right with guitar, renewing a 30 year old acquaintance with Keith Glass. Although both now ensconced in the Country Music scene, in former lives as Aussie rockers, Doug was a member of Flying Circus, while Keith was in Campact.