Each month guitar picker and Webmaster Bob Howe brings you the latest Country Music happenings on the Internet.
You can surf your way from month to month, or why not bookmark the main index for the complete contents!
Join our mailing list below for notification of each new column.
Country Music Artists and Entertainers .... click here .... to find out how to get your OWN Web page!
Cowboys In Cybersp@ce - July 2001

The newspapers are full of dot.com collapses, and doom and gloom for the Internet business sectors. To be sure, millions of dollars have disappeared as high-flying entrepreneurs have attempted to cash in on the new technology, only to crash and burn. The good news is that we should now see a new phase where 'content' and 'functionality' will assume their rightful place as priorities for good Web sites. If it is information you need it should be easy to find, and if you want to shop, it should be simple to buy etc. Not that too many Country Music sites have sacrificed good content in favour of flashiness. Down home is good, folks!

There are plenty of new and updated Country Music Web sites for you to check out this month. Here are just some of them, and a few of the things you might find inside their pages: 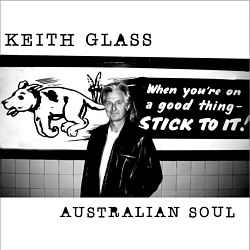 'Urban Legend' is an unofficial KEITH URBAN fan site with plenty of interesting content. If the official site doesn't fill your appetite for all things Keith, surf over to this site where you also find some nice KU guitar hero wallpaper for your computer desktop.

A different Keith: a revamp for the KEITH GLASS Web site to coincide with the release of his terrific new album 'Australian Soul'. Listen to samples of the new CD and check out the list of great musicians who appear on the album. Keith is launching the album at 'Canterbury Country' in Sydney on July 12th, a night that will also star Golden Guitar Vocal Duo of the Year - the CROSBY SISTERS. Don't miss it!

TRISHA YEARWOOD has a new album entitled 'Inside Out'. You can get the inside scoop by watching behind-the-scenes footage from the making of the video for 'I Would've Loved You Anyway', and listening to interviews with Trisha herself. Also speaking to us via the Web, TIM McGRAW throws a circus of a party and talks about his new CD, 'Set This Circus Down'. If you've admired the stylish artwork on that CD cover and booklet, you'll enjoy seeing the images woven into the design of Tim's Web site.

JOHN WILLIAMSON has been expanding his World Wide fan base, not just on the Web, but in person as well. John's letter to his fans, the TRUE BLUE NEWS, is now available on his site. It includes photos from his recent trip to Canada, and rave reviews from his even more recent tour of New Zealand. If you want to pick and strum a JW tune, you'll enjoy the music section with the lyrics and chords to some of his songs. You can also join in the lively dialogue and debate between JW fans from all around the world who exchange their views on the TRUE BLUE DISCUSSION BOARD.

Jay B. Douglas and Tatania Mihai are COALTRAIN, a musical duo with a name inspired by the freight trains of the coal mining area of the Hunter Valley in NSW. Visit their Web site to find out what else has inspired them through their musical careers.

JAMES LANGAN has created his own Web site that includes an Audio and MIDI Jukebox of his music. James has three final nominations in the 2001 TSA South East Queensland Song Contest and is about to sign a new publishing deal.

It's not hard to guess who inspires DALE HOOPER, as anyone who has seen his show or heard his album 'Tribute to Cash' would know. Find out more about Dale himself by surfing to his site.

DARREN COGGAN (pictured right) is off to play dual roles in 'GREASE - The Mega Musical', plus hosting MusicCountry's show 'Out & About - The Great Aussie Pub Tour', plus a guest role on All Saints...phew! Keep track of his theatrical movements via the 'Grease On Tour' site.

Watch 'Cowboys In Cybersp@ce' for the latest news headlines in July, such as who the winners will be in the Country section of the 2000 Australian Entertainment 'MO Awards'. Also, in the main section of the Awards, Keith Urban has made the final for Australian Showbusiness Ambassador of the Year.

MARK TEMPANY has in-depth info on his Web site about his recently released album 'far away'. Not only can you discover Mark's songs 'in his own words', but also read the thoughts of producer and arranger Dash McIvor and from Taramalin Sound studio, Allan Lahey.

MATTHEW TIEDEMANN graduated from the Australian College of Country Music in 1998 and was a Toyota Starmaker finalist in 1999. Details of his self-titled debut album provide the basis of his Web site.

SONGCATCHER - You've seen the movie and heard the soundtrack, now visit the Web site. The site has, of course, samples of the soundtrack and clips from the movie. You can also read about the history of the music, the instruments and even the folk dancing of the Appalachian Mountains that provide the link between the centuries-old folk music of the British Isles, and the traditional Country Music of America.

If you want to share the location of an interesting site you’ve seen or request a topic for discussion in future columns, why not E-mail me.

Don't forget to listen out for cyberBob each month on the radio waves with Belinda Miller of Murri Country, 4AAA (98.9 FM in Brisbane) and Barbara Morison on 2SER (107.3 FM in Sydney).

Until next month, happy surfing.

Would YOU would like to be added to our FREE mailing list and be automatically notified each time a new Cowboys in Cybersp@ce article appears on the web?
Just enter your E-mail address (and/or comments) here and click the button once!
(If your browser doesn't support "forms", E-mail us above)

Back to top of this page

You can use this box to search this site for your favourite Country Music artist...
...or if you want to search the World Wide Web...
...type their name into this search engine box and then press the GOOGLE SEARCH button.....

Visit the rest of our site while you are here...