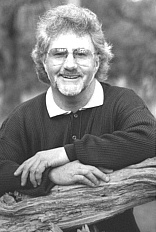 One of Australia's most enduring recording artists Johnny Chester began his career in 1961 on the Melbourne based W&G label. Since then he has recorded twenty eight albums, over fifty singles and notched up sales in the hundreds of thousands.

A multi award winner, 1981, '82 and '83 saw him take out the Male Vocalist of the year award at the Australasian Country Music awards in Tamworth. In 1994 he was voted Songmaker of the year by the prestigious Tamworth Songwriters Association, an award voted by his peers.

Johnny has also shared the stage with some of the world's biggest names from Roy Orbison and The Beatles in the 60's, Kenny Rogers, Johnny Cash and Roger Miller in the 80's and Tammy Wynette and Freddy Fender in the 90's.